What do you know about Jordan? It’s a country rarely discussed, but one that has played a significant role for the world’s refugee population. Today, Jordan is one of the countries most affected by the refugee crisis with well over 650,000 Syrian refugees and counting.

Over half of these refugees are children.

Supported by Dubai Cares, Room to Read partnered with Jordanian publishers, authors and illustrators to bring quality Arabic storybooks to Jordan’s children and refugees. In less than one year, we successfully produced 20 new children’s book titles and distributed 600,000 copies throughout the country.

This is what we learned:

1. Several nations can be represented in a single Jordanian classroom. In a speech made by His Excellency, Dr. Omar Al Razzaz, Jordan's Prime Minister, he recounted being in a classroom in the center of Old Amman where he met students from Yemen, Somalia, Iraq, Syria, Palestine and Jordan.

The books published during this project took Jordan’s diversity to heart and incorporated themes of unity, friendship and community.

“I can tell you these types of stories will make a huge difference for that classroom in making them understand that they have so much more to share than they have differences."

2. Although surrounded by conflict, Jordan is a country of compassion. Jordan neighbors Syria, Iraq, the West Bank and Saudi Arabia. It has one of the smallest economies in the Middle East, but has consistently opened its doors to millions of refugees starting back in 1948 during the first Arab-Israeli War.

In spite of all these challenges, Jordan lives in relative peace.

Everyone involved with this project vowed to not only provide engaging books to the children of Jordan, but also give tales of hope and understanding to the country's refugee children.

3. Jordan has a high literacy rate, but there just aren’t enough child-friendly books.

Over 90% of Jordan’s youth is literate, but they have a limited range of child-friendly books to read. Most come with dense text, translated from other languages, limited pictures and at a high price, making them inaccessible and unengaging to early learners since they bear little resemblance to Jordanian culture. 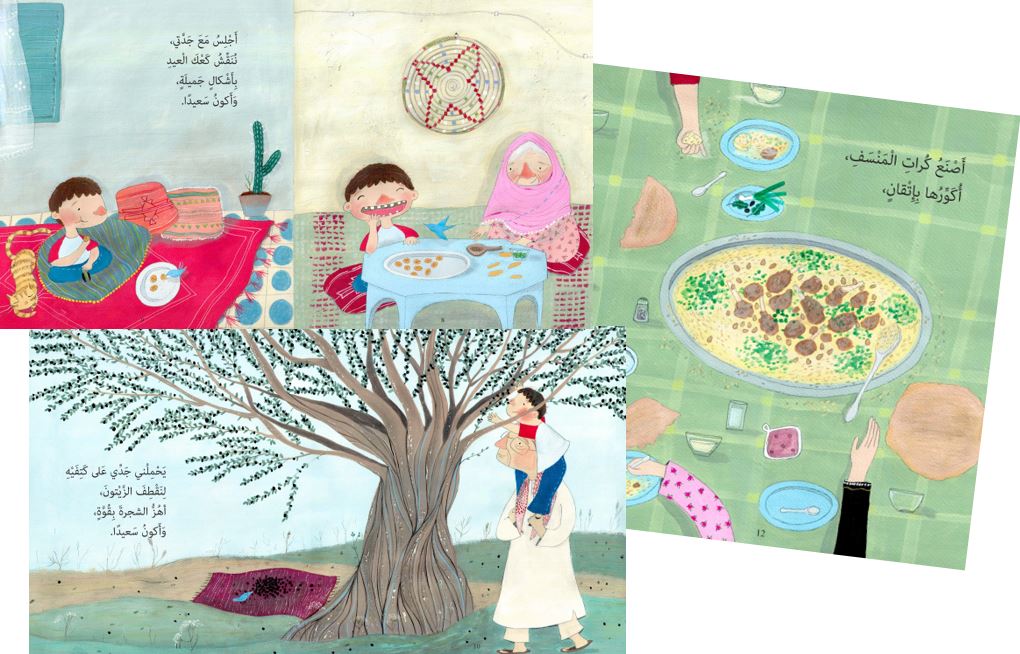 Our project trained local authors and illustrators to develop books that Jordanian children and refugees could relate to, with characters who look like them and live like they do.

With literacy rates so high, these books instantly filled a void. At the project’s launch event groups of children immediately grabbed the stories, ran to their own corners, and started reading.

Spoken with 30 different variations, Arabic is the official or co-official language of 25 countries throughout the Middle East and Africa, but written Arabic is universal. 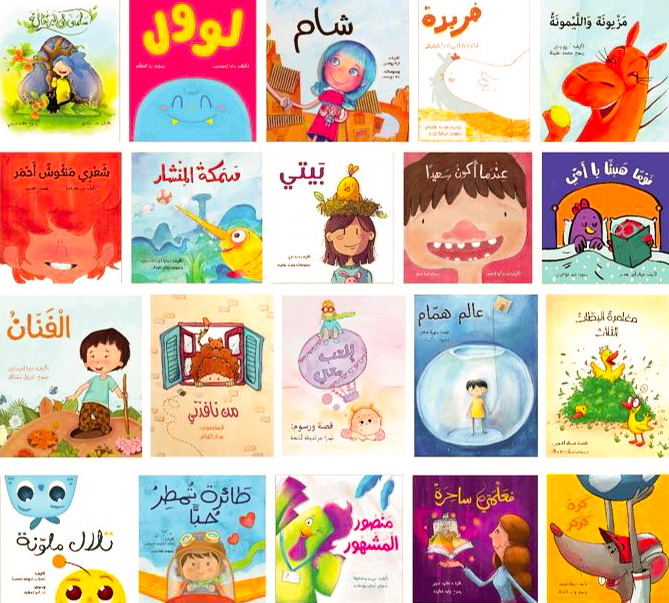 The 20 heart-warming titles created during this project will undoubtedly extend beyond Jordan’s borders and can be enjoyed by the world’s Arabic-speaking population!

5. The Arabic words for “love” حب and “war” حرب only differ by one letter.

One of the books published during this Jordan project was “A Plane That Brings Love.” In this story, author Wafa T. Qusous and illustrator Kamil Adil tell a soaring tale of a young boy named Samer who becomes a jet pilot and showers his war-torn country with messages of love, reminding us all to spread kindness, especially in times of conflict.

6. We can publish more than half a million children’s books in less than a year!

In less than a year, we: The Magic of School Libraries in Papua

In a Refugee Crisis, These Arabic Children's Books can Connect the World